Please find below information on all our Governors. Each Governor has a curriculum responsibility, this can be found in the Link Governor document. If you wish to speak with one of our Governors please contact the School Office or email: governors@denfieldpark.northants.sch.uk

I have lived in Rushden since 2006 when I moved here to take up the role of Minister at the Wesleyan Church in the High Street. Previously I had lived in Nuneaton, Warwickshire and had served as a Governor for around 10 years, firstly at an Infant School and then a Junior School where my children attended. I have been a Local Authority Governor here since 2011.

I have just been elected as Chair of Governors, I also sit on the Personnel, Finance and Premises Sub-Committee - I feel that my previous training in accountancy is very useful. My aim is to support the school in any way possible, through the role of Governor but I am also able to give help in other ways including leading assemblies and through the school visits to the church. I believe that the role of a Governor is to ensure that the children's education and welfare are paramount, enabling them to reach their full potential.

I enjoy watching many kinds of sport and participating in some! 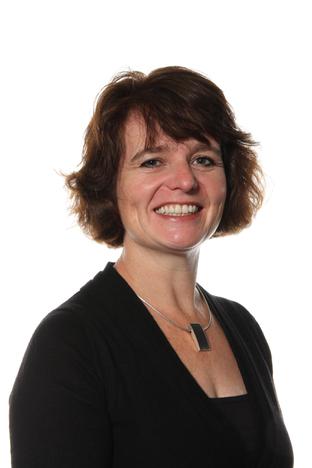 I have been a Head Teacher for the past 15 years. I became Head Teacher of Denfield Park Primary School when we opened as a Primary School in April 2012 following the amalgamation of Denfield Park Junior School and Hayway Nursery and Infant school. I became Head at the Junior School in 2001, and took on the executive headship of the two schools once they federated in 2010. The amalgamation of the two schools and the extensive new build project certainly presented many challenges! During my career I have taught in seven primary schools in Northamptonshire, Leicestershire and Derbyshire and have been a governor in three of them. During my early career I spent two years teaching at an Elementary school in California. I have been a Deputy in two schools and have worked as a Literacy subject leader and as a SENCO. In my leisure time I enjoy spending time outdoors with my family and walking along the Anglesey coastline. Being both the Head Teacher and a Governor at Denfield is a privilege, I am passionate about education and improving the life chances for our children.

I became a Governor at Denfield Park in the late 1990’s at the start of my youngest son’s last year, having previously been a member of the Denfield Park School Association. I worked as a scientist at Unilever’s Colworth Laboratories in Sharnbrook until last summer when I retired and set up my own consultancy. A good education is the most valuable preparation for life in the wider world that one can give children and the influence of the schools during their early years is really critical in instilling a lifelong thirst for learning. All 3 of my children went to Denfield Park and both enjoyed and benefitted from their time there, ultimately going on to University. It therefore seems only fitting that I should help to contribute to the development and growth of future generations by serving as Governor. I am currently Vice-Chair and also chair the Personnel, Finance and Premises (PFP) Committee. 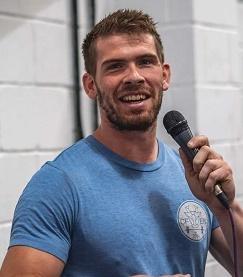 Jack Fleckney - I joined the Governors team in late 2018 with the aim of being able to make a difference to children’s education and the environment they learn in. Denfield Park Primary School has played a large part in my family with my younger brother previously attending and mother working for Denfield as School Business Manager.

I grew up in Rushden and attended local schools before moving to London to play rugby for London Wasps. At the age of 18 I went through Royal Marine Selection where I became and worked as a Royal Marine Commando for 5 years. During this time I was lucky enough to represent the Royal Navy in the annual Army v Navy Rugby Match. I left 4 years ago to build a local business called ShireFit where we now have multiple locations. Using my sporting and business background I would love to help Denfield Park Primary continue to offer an amazing opportunity to all children that attend.

I was voted in as Parent Governor in May 2015 and I have since attended some comprehensive governor training to assist me in my role. I moved to Rushden in 2014 and chose Denfield as the nursery for the eldest of my two daughters. I was hugely impressed by the school, easily struck by the fabulous new facilities but also of the genuine interest and enthusiasm of the staff which was also clearly evident in the pupils attending. I am keen to put something back into the local community but more personally to ensure that Denfield continues to promote an inclusive, safe and fun environment for learning, looking for every opportunity to maintain and, where possible, to push up the standards. I was recently voted by the board of governors onto the Personnel, Finance and Premises Sub-Committee as I believe that my skills and experience from over 25 years in Financial Services would best suit this forum. I currently work for a large bank as a change practitioner. Outside of work I undertake a fair bit of voluntary community work including working with the Princes Trust in Rushden, which really equips and empowers young people to maximise their potential. Socially I love sport and play hockey regularly as well as competing in the county squash leagues. I try to support Northampton Saints rugby team as often as I can but my main priority are my girls, my wife and two daughters –of which time spent with them is the best of all. 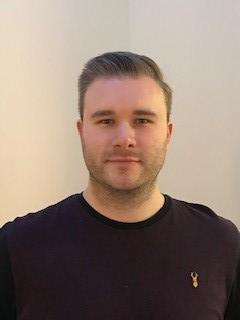 Liam Smith - My son has recently started at Denfield. I believe wholeheartedly that Primary education is the most important learning age so I would love the opportunity to work with the school as part of the team of governors. I am the owner and director of an engineering business that works worldwide in a number of scientific industries. As the Technical Director, I am responsible for business management and strategy as well as running the business financially. Hopefully with this experience I can help with the finances and budgets of the school. My background and education are based in science. I studied Physics for my Bachelor’s Degree and Engineering for a Master’s Degree. I am very passionate about science and technology and would love to help the school in these areas.
I am certain that I have the time and the skills to work closely with Denfield to help the students and the school reach their goals. As a father and business owner I really do hope I can contribute towards the children’s education with continual improvement of the school.

Colin Goodbrand - All parents want our children to be taught to the highest standards, delivered by excellent teachers with skill and passion, this doesn’t happen by simply standing in front of a room of children. When I was growing up my mum was a teacher. Seeing, first-hand, the hours and work those teachers and the support staff put in around their time in classrooms has helped to give me a different understanding of what goes into making an outstanding learning environment. The time and effort behind the scenes is easy to overlook but vitally important! I spend my professional career heading up the education division of a company that specialises in financial software and solutions. Delivering education to the highest standards is a continuous journey of improvement from everyone connected to a school, I am pleased I have the opportunity to use my knowledge and experience to continue this journey and make our children’s experience at Denfield amazing.

I joined Denfield Park Primary School in 2012 and I absolutely love being a part of the team here. Denfield Park has always been a special place for me. I attended the junior school as a pupil myself and have lots of fond memories of my own education. I returned to complete a year as a learning support assistant before completing my teaching degree, which gave me fantastic foundations to build upon in my training. As a class teacher I have worked across key stage one and have recently moved into Reception. During my time at Denfield I have been given many opportunities to develop, I have attended an Attachment aware course, led the school council, mentored trainee teachers and my current curriculum responsibility is being one of the schools Maths leads. I am passionate about ensuring that all children who attend Denfield receive the very best start to their time at primary school. Seeing the difference staff can make to the children at Denfield is the most rewarding part of my work.

I became part of the Denfield Park Primary team when the Hayway Infant school amalgamated with Denfield Park Junior School in April 2012. I have over 15 years experience of working with children and their parents who have Special Educational Needs and have worked in school since 2003. In my career I have held a variety of posts: 2003 to July 2012 I was Hayway’s SENDCo assistant & HLTA covering Teachers PPA teaching PSHE. In September 2012 I supported Denfield Park SENDCo in the setting up and daily running of KS1 ASD SEND unit. Then in September 2014 I became the schools Learning Mentor/HLTA to predominately support children with social, emotional and behavioural difficulties. During my career in both schools I have been given the opportunity to professional develop and achieved a BA Honors degree in 2011 in Learning & Teaching as well as attending a variety of training and courses applicable to my roles, such as Video Interactive Guidance, Drawing & Talking and Attachment Leader. I have three grown up children, two of which who have attended Denfield and enjoyed their time there. This has given me the perspective of both employee and parent and I strongly believe that it is a strong parent/school partnership that enables the children to thrive. I feel passionate about supporting the children’s well-being and improving their life chances. Becoming a Governor will give me the opportunity to further contribute and support our school.

I took over as Clerk to Governors in September 2015, after completing the National Clerks Development Programme.  I have worked at Denfield and previously at Hayway Infant School since 2002, as the School Business Manager, this covers finance, personnel and premises.

I have three children, the youngest has only just left Denfield.

Good family values and education are very important to me and I feel extremely lucky to be able to assist in any way to Denfield’s vision and values.

Unfortunately not the ones with chocolate chips.

Some cookies are necessary in order to make this website function correctly. These are set by default and whilst you can block or delete them by changing your browser settings, some functionality such as being able to log in to the website will not work if you do this. The necessary cookies set on this website are as follows:

Cookies that are not necessary to make the website work, but which enable additional functionality, can also be set. By default these cookies are disabled, but you can choose to enable them below: